1985. Ronald Reagan is president, The Goonies is popular in theaters, the Unabomber is at large in the U.S., Nintendo releases Super Mario Bros. and McMenamins’ first beer is born. In 1985 McMenamins was two years old and, after the recent passage of the Brewpub Bill, just dipping our toes into the proverbial mash of… Hello from the History Department, and happy Oregon Craft Beer Month! McMenamins operates 25 breweries – the newest (at the Anderson School in Bothell, WA) opened in September 2015. Since our first brew at the Hillsdale Brewery & Public House in 1985, we have produced more than 68,500 batches. For example, in 2014, we collectively… Ruby’s 30th birthday is this coming Monday, March 21. This light, fruity, raspberry beer is one of our best-selling recipes. Who among us hasn’t heard from a guest or customer at least once, “I love Ruby!” Thanks for that, and CHEERS! In 1986, McMenamins Hillsdale Brewery & Public House became the first brewery in the Pacific Northwest to legally use fruit in the brewing of ales. Hooray, the stout is out! Today marks the annual release of our McMenamins Irish Stout, on tap now through the end of the month.

From the McMenamins brewers themselves: “McMenamins Irish Stout is made as traditionally as possible with our own little twist. It is a very dark, ebony-colored stout with a thick, creamy and long-lasting head. The flavor is a fantastic fusion of coffee-like roasted barley bitterness and semi-sweet chocolate. A moderate hop bitterness balances pleasingly with this hearty backbone, while tiny nitrogen bubbles enhance the sensation on your taste buds with a smooth, silky creaminess.” Recently, Tim and brewery operations manager John Richen did some photo-beer sleuthing using some old (new to us) photos that beer legend/writer/muse Fred Eckhardt (who passed away just last month) took back in 1985, very soon after the historic Brewpub Law was passed in Oregon. They were for use in one of his “Listen to Your Beer” newsletters. 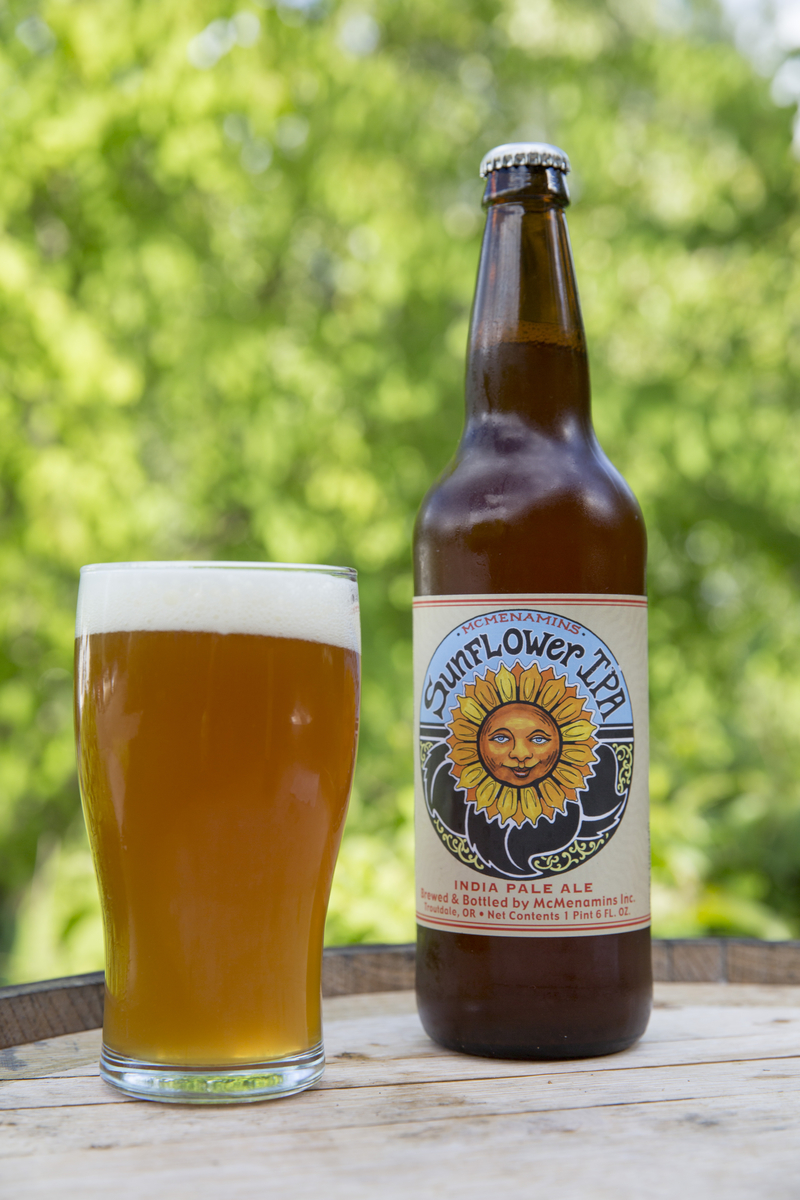 Recently, we celebrated the 21st Annual Hillsdale Brewfest. But did you know the first Hillsdale brewfest actually happened nearly 30 years ago? Nobody ever said we were good at math.

The very first McMenamins batch o’ beer ever brewed, ever, was just over 28 years ago. 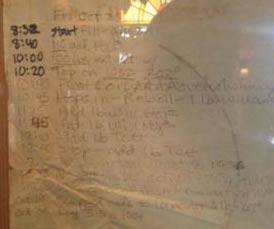 The original brewsheet, dated October 25, 1985, twenty-eight years ago last week. If it is true that our company is built on beer, then this document is our version of the Magna Carta. The U.S. Constitution. The [insert some other historical document of your choice here]. You get the idea. 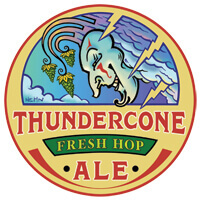 This Friday marks the release of our 4th annual batch of Thundercone Fresh Hop Ale. And so without further ado…

Back in 2008, the Brewers Association (based in Boulder, CO) called fresh-hop beers “a growing phenomenon in the world of craft brewers.”

While Thundercone is the one we trumpet about now, it wasn’t the first fresh hop beer we made. There had been many small-batch brews made before that, including one made from Fred Eckhardt’s hops at both Concordia and Hillsdale.

The Barley Mill Pub (1629 SE Hawthorne, Portland) celebrated its 30th anniversary on Saturday, June 22, 2013. The pub was the first joint-venture of the brothers McMenamin, so we celebrated the property itself, as well as what that first foray has meant for the company at large.

If you’ve been to the Barley Mill, you know that the place is festooned, adorned, bedecked and bejeweled with years and years of anniversary artwork. However, among the shining handcrafted gems (and some not-so-glittery efforts), hangs this mural by McMenamins artist Jenny Joyce.